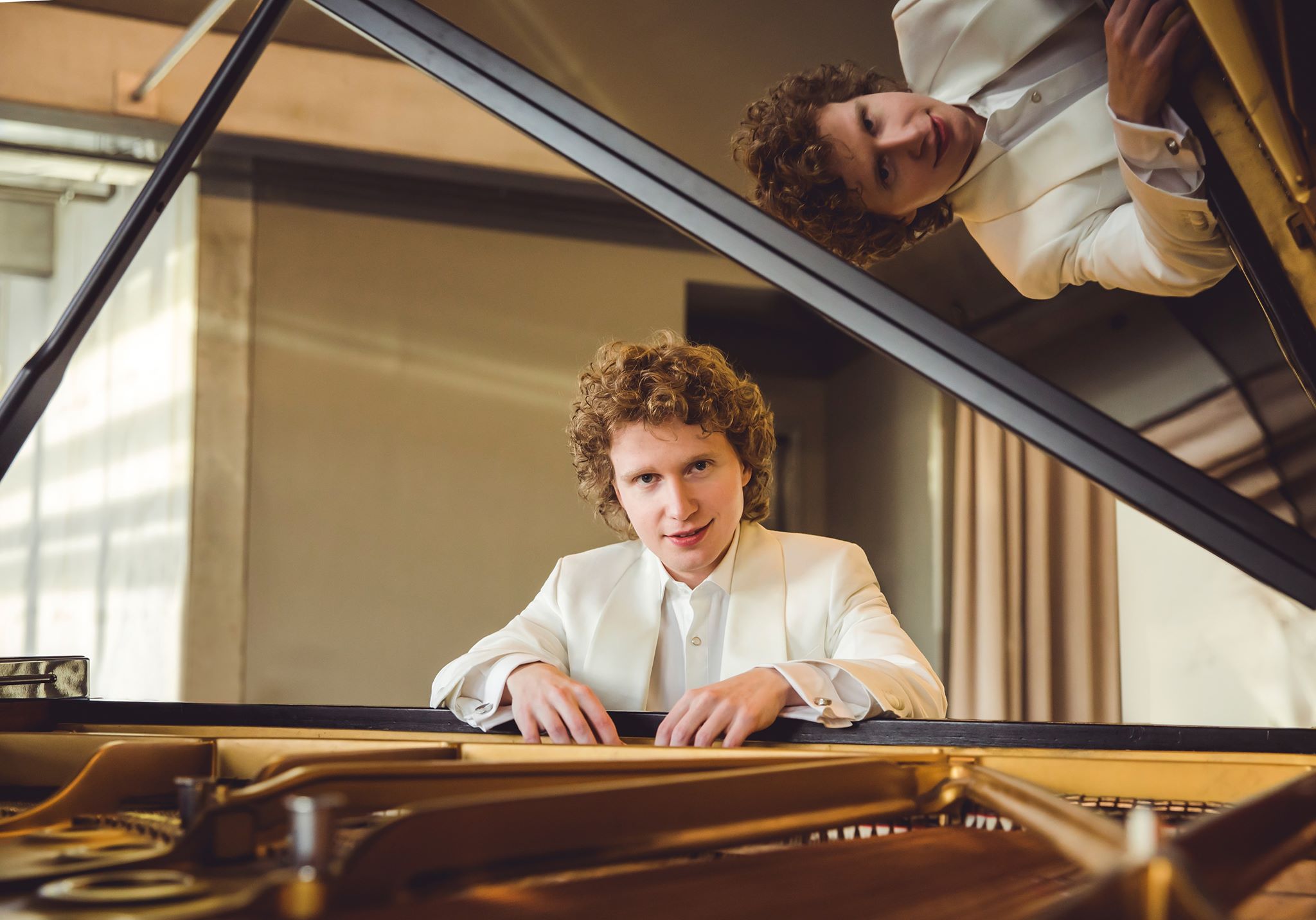 Nikolay Khozyainov (Николай Юрьевич Хозяинов) is a Russian classical pianist considered as a great representative of the Russian piano school and noted for his poetic piano sound and brilliant virtuosity. He started his career, like Mozart, at five years old. When he was six, he shocked the audience performing with an orchestra at The Big Hall of the Moscow Conservatory and is now regarded as one of the best pianist of the world.

Khozyainov has been thrilling audiences around the world, including the Emperor of Japan, and his recital and concerto engagements have included sold out appearances at Carnegie Hall, Wigmore Hall, Lincoln Center, the Kennedy Center, Moscow’s Tchaikovsky Hall, Suntory Hall, as well as Salle Gaveau.
His performances have been garnering glowing reviews wherever he has performed. Prize winner of many prestigious piano competitions, including the Chopin Competition in Warsaw and Dublin International Piano Competition, this young artist has already four albums in his discography. Khozyainov speaks eight languages and studies music history and arts, all of which helps him to create a special atmosphere during the concerts. At the 2012 Dublin International Piano Competition, distinguished pianist and teacher John O’Conor
said of Khozyainov that, in spite of his very young age, he “played like a young God of the piano.”

There are no reviews yet.